Real Stories from the Grave is an episodic horror game.

A dark tale set in 17th century.You play as Liberty, a young girl living in a cottage with her parents and her loved dog. Unravel their story while something evil is lurking around them

Support this game at or above a special price point to receive something exclusive.

Copy of the full game

Get a copy of the full game when released

Reply
Games Do Titio44 days ago(-1)
Gameplay em português do Brasil sem infantilizar o espectador!
Reply
Rhys Sanders71 days ago
Just when I thought you couldn't top the other games you made, you did it!

I loved this game. The focus on the narrative was a big plus for me, and you did an excellent job with the atmosphere.

I CANNOT WAIT for the full game. Keep up the excellent work.

Check out my video 🙂

Pretty decent game! Enjoyed the retro vibe that it brought to the table! I only have one or two non positive things to say about it and those are pretty much the audio balancing felt off and all keyboard controls were super clunky to play with.

Other than that fantastic game and can’t wait to see the full release!

Loved this! (My keyboard was acting up like on some games, so I got kinda pissed at that lol) but the game was solid and can't wait for a full release!

I played A Date to Keep not to long ago and its an episode in the Real stories from the graves . I really enjoyed that game alot. This was just a demo but was very interesting! While playing I totally forgot that I was playing a demo and got upset when it ended lol Going to have to play the entire game now !

Reply
Overcouch159 days ago
AWESOME GAME!!! KEEP IT UP GOD BLESS TO YOU AND STAY SAFE
Reply
Deadbyte159 days ago

Visually aesthetic, unique gameplay and very intriguing story. I appreciate the voice acting and the badass design of the Witch. I enjoyed the demo a lot. I'm excited to see how the story continues.

Reply
LEFTRIGGER162 days ago
lol fun spooky omish
Reply
CorpsebombKeef163 days ago
I've got mixed feelings about this one. I REALLY liked the first half of it. It was setting up a really weird and creepy story and I was loving what I was seeing. Then the caves came. It seemed harmless at first but then I was stuck in there for 20-30min because I kept guessing wrong or was misled by the dog barking. Eventually I had to just write down every turn I made so I would stop guessing wrong. It just kinda bogged the whole game down and turned my mood from "wow I wanna see more of this" to "damn, when will this be over??" Overall I think it's a really good game but that cave part left me more annoyed than anything at the end. Sorry if I was too harsh, just trying to be honest while I was playing. Also, I had really bad lag randomly. I don't think it was any specific part of the game that lagged necessarily because I had lag in the caves and then those same spots would be smooth on another attempt. So I'm not sure what was going on there. The game looks really nice though and I have a feeling this story will get weirder, so I'm gonna give the full version a shot when it's ready. But I'm gonna be very disappointed if it's all laggy again in that version.
Reply
Deadbyte163 days ago

Hello, thanks for the feedbacks. The cave in the first version i updloaded on itch it was bugged, so it messed up everything and i realized that without headphones that part it's confusing. I'll also check about the lag.

This was an amazingly creepy game. I love the setting. Keep up the great work!

Reply
Introvert101163 days ago(+1)
Amazing game. The game has the vibe it meant to have although I wished for a mouse camera movement but the rest of the game is spot on. I really loved it. I love the atmosphere and the ps1 style graphics
Reply
Deadbyte163 days ago

Hello The Most Stylish Man is BACK playing more of your Real Stories From Beyond The Grave series of Games. I gotta say Deadbyte you have talent. This one is a massive upgrade from your previous games and I love seeing growth in talent. If you could do a small favor for me and share the video out to your community as it helps YouTube put it out to people that are outside of both our communities that would be awesome. I LOVE THIS GAME!!!

Reply
zzzlaud167 days ago(+1)
I'm a big fan of the previous Real Stories games so I'm glad to see this one get a demo! I really enjoy the cinematic direction you've taken with this episode, I can tell a lot of work was put into framing each sequence. I do wish there was a bit more in this demo because it might have the opposite effect you were intending it to have. There isn't much in terms of scares or 'horror' segments so it might leave people feeling a bit unsatisfied.

I hope to see more soon!

Thanks for making games!

Thanks for the feedbacks!

Thank you for playing!

Everything is this demo speaks high quality, brilliant story telling and beautiful sceneries. The game shocked me a lot. Starting from the first sequence with the pray and towards the end - everything was done perfectly.

I loved the dynamic gameplay and cinematic look of every scene. This reminded me a lot of the movie "The Witch" by Robert Eggers, which deals with faith and religious conflict and at the same time showcases the family drama. The silent, yet respectful relationship between father and daughter, Liberty was neat, but most of all, I adored the little dog Pascal (or Rascal. It was weird, but towards the second chapter, the dog was called out by the name "Rascal").

Sound design, ambience and music in the game was superb. The praying sequence and a nightmare scene was top notch. Yet, I still have 2 minor issues with the game. One is about the controls. The mouse looks is not part of the game and I think it would benefit from it, just to admire the environment more and see some things better, for example - looking up or looking at the character. Second is about the cave sequence - I was calling out the dog, yet I could hardly hear its bark and most of the time, I was put on the wrong path. Towards the end, I managed to brut force it, but at the cost of playing the same scene over and over again. I think, looking at those 2 issues can make the game flawless.

I wish you all the best Deadbyte and I am very much looking forward to the full version of this game. Best to you ✌🎉💌

Edit: I forgot about graphical settings. They are great, but it would be better to add some lower setting for "potato" PC's. Thanks.

Thanks for the feedbacks. I just found out the cave scene is bugged. Player starts from the wrong point , that maybe caused confusion in the level 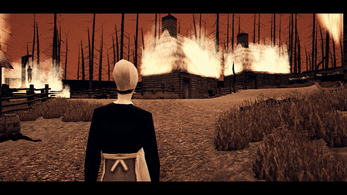 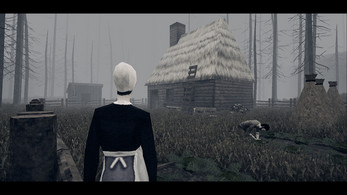 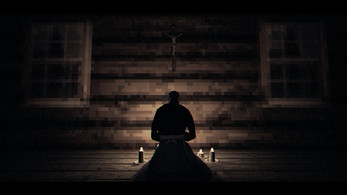 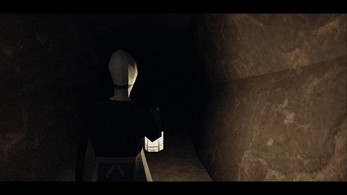 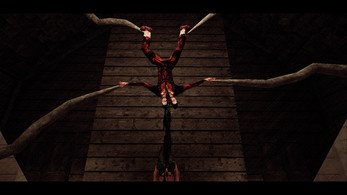 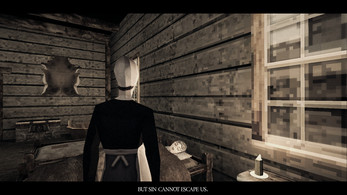