A downloadable game for Windows

A Date to Keep is the 2nd episode of the "Real Stories from the Grave" anthology.

Enter the shoes of Samuel Scowl, and experience the horror of a dissolving family unit and an unkempt mind. Discover the truth through Samuel’s warped perception and piece together the reality that eludes him. 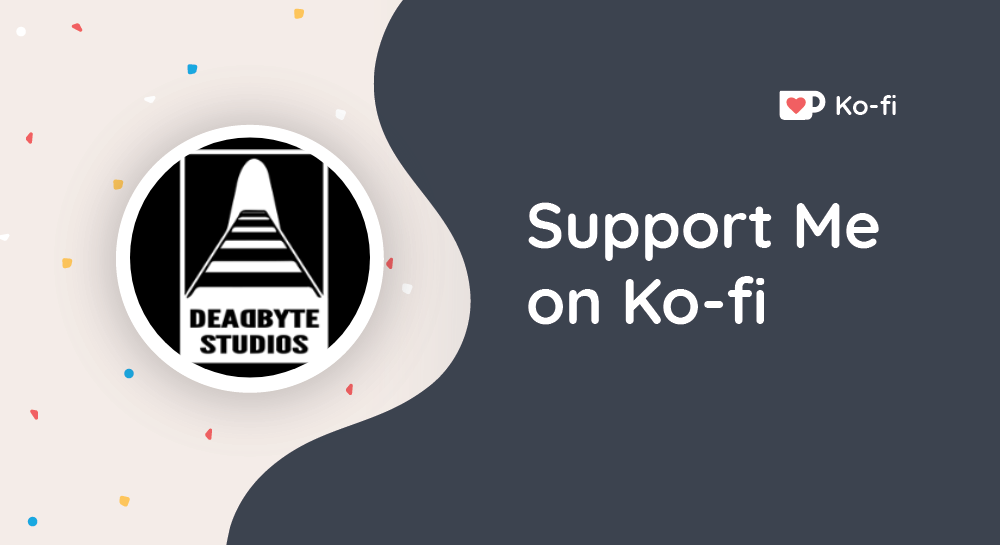 Going through  my backlog uploads, and this awesome game is in it, reminded me to go finish that Maleficium Demo! Thanks for your work

Hyo awesome ģame!!!i really liked the game, very interesting story from the first game, i hope you continue with this project you did a good job

Is there a save feature?

Hello. The game has checkpoints but no save

The story telling in this was really artistic are super fun to go through; the change in pace from the artisticness to the literal horror mannequins was super unexpected but still well pulled off and really, really scary. I personally thought that the story wasn't as well put together in this as compared to The Body; it felt like it was jumping boats a lot and some things felt a bit too ambigious or artistic; like the electric sparkles and Geiger counter which didn't feel like it fit into the place at all, but I still think that the scary office part was well done!  Overall it was really scary and pretty fun to play!

Reply
rageoak58 days ago
It
I enjoyed it very much!
Reply
Picklepies66 days ago

Very awesome little game! I have yet to play episode one but def going to if its anything like this one. The atmosphere was really well done and that noise that those guys made when they ran after me was awful lol Great job!

Thanks! I'm glad you enjoyed it.

Great atmosphere but could use a little balancing. I was not touched by an enemy until the boss. And while some enemies did make me jump I never used more than two bullets on an enemy so was always pretty stacked.

A truly terrifying tale. The gameplay was fun and unique, while the atmosphere and sounds made me jump

When will you released Real Stories from the Grave: Episode 3?!

Great concept overall.  I love games that do a good job of creating a Silent Hill atmosphere.  My only complaint is the controls which makes the game frustrating at times.

The starts is a bit slow, but the office part was pretty scary. Nice game!

SHOOKED THE ENTIRE TIME THANKS LMAO GAME STARTS AT 2:02:30

This game is a wonderful horror experience, like every deadbyte game I've played so far. It actually is very smart with the way it builds up to the scares. Very great stuff, keep it up!

Real Stories From the Grave - A Date to Keep - YouTube

did you know that someone else is trying to release or scam people with this? https://deadbirdd.itch.io/real-stories-from-the-grave-ep2-a-date-to-keep

Took me a while to get all the pawns :3

Silent Hill inspired? Oh yeah, does this count as playing in reverse :D

Damn you've really upped the horror from episode 1!! The combination of movement and sound in the office section made me so uncomfortable!! Nicely done!!

HOLLY SHIT THIS WAS GOOD, can't wait for the next volume is another one comes out, loved the story telling, and when it got dark I nearly shit my pants

The game is too difficult to be a horror game, the shotgun shells almost never hit properly, ti shoot them sometimes and do no damage, i mean the office part was scary at first, but then it just got annoying. I feel like this was a good game, but then it just goes downhill the more you play. And a bossfight? wtf? idk thats just my opinion. its a good game, but the whole health bar shotgun aspect of it kinda ruined it in my opinion

Quite a tale down into the descent of madness. I like how you a unaware of the spiral into insanity the entire time, thinking it is just monsters

This is my favorite game on Itch.io currently. Finally, a fun horror game with actual gameplay and challenge. This was refreshing to play, more fun horror games like this and I'll love you forever. Don't read comments and play it, and if you're scared then I'll play it for you. ;)

Reminded me a lot of silent hill which was a bonus in my mind. There were a few issues. It wasn't always straight forward where you needed to go in town. Thankfully, not a big map so easy enough to figure out. Out of all retro games, the start of the horror in the office got me LITERALLY crying in panic and fear. A good example of a solid idea with great execution. Definitely wanna play more episodes!

Another great installment by Deadbyte, love this silent hill throw back, in first person no less. Gave me goosebumps, and jump scared the crap out of me.

Reply
BerryDeaf1 year ago
Wow, I played both episodes in one video. I really liked the storytelling aspect in both games. I thought you did a great job with pacing and atmosphere. The final boss was interesting, I don't fully understand it, but maybe its for the best leaving it unknown. Maybe in the next episode we get some clues? If I had to give feedback, I would lower the screeching noise from the monsters a bit in the second episode. In the first episode the boat ride was a bit dull and slow. Overall, great job making the games! Looking forward to the next episode.
Reply
MikeyBlighe1 year ago(+1)

Alright, following my idiocy from before (AKA leaving a controller plugged into my PC), I finally managed to complete the game!

As I mentioned previously, the atmosphere is great, it's very reminiscent of Silent Hill (complete with creepy mannequins that are like echoes of Silent Hill 2's glitchy weirdoes). The story is also great, and the voice acting throughout really adds to it. There are some pieces that you have to put together yourself as the player, which I love to see in games in this.

All in all a fantastic second entry to the Real Stories from the Grave series, although I was a bit taken aback by the end sequence with the stealth combat. It wasn't a bad element though by any means!

Well worth playing for anyone who likes a bit of narrative storytelling, exploring and surviving in the dark!

This game was PAINFULLY SCARY! Almost had an heart attack man! Great job, I loved it!!

This game scared the crap out of me to say the least lol. Overall good game! I should go back and play ep 1 too

Reply
mrguderian1 year ago
Played Ep 1 and 2 back to back. They were fun, the 2nd one had real good use of tension and even though I didn't get jumpscared, I would say the workplace sequence was a bit stressful, especially with having to swap from flashlight and gun. Thanks for making them.
Reply
MixoNat1 year ago

This game made me scream so much.

The atmosphere and story seem really great, but I seemed to have issues whilst playing the game. My character is always moving, even when I don't press any of the direction keys. I put this to one side as I could still fight against that to move my character around and progress the story.

However, once I got to the action part of the game I was unable to fire the shotgun, rendering it impossible for me to go any further. Honestly don't know why I'm having this issue as nobody else seems to be, super disappointed though as I was really enjoying it! I did do a video up to a certain point which I will upload though, just for posterity!

Do you have a controller connected? It may be the problem

Aaaaaand now I'm officially the stupidest person on the planet haha! That would probably be it... can't believe I didn't think of that!

This game was absolutely terrifying!! The ambiance, the scares, the story, all fantastic and very well done!! I am very happy to have played this and I cant wait to see more from you!!

Reply
Andy-R1 year ago
YES YES YES. I've been waiting patiently for this one to come out... I absolutely loved the first episode and this one did not dissappoint by all means. As terrifying as those mannequin-like things could get, I couldn't stop enjoying myself the entire way through! The style is fantastic, the concept is great and the storytelling was really good! Can't wait for future episodes to come out! Absolutely well done!!!
Reply
Foreboding Games1 year ago

This is a very creepy game with a disturbing story. The foggy and dark atmosphere gave the game a nice, heavy feel to it. I thought having to switch from flashlight to shotgun as the enemies rush you in the dark really added to the intensity of the game. I wanted to find all the pawns, but I was afraid of what would jump out and attack me if I spent too much time searching - LOL. This is a nice addition to the Real Stories from the Grave series and I hope to see a third episode. Great work DeadByte! 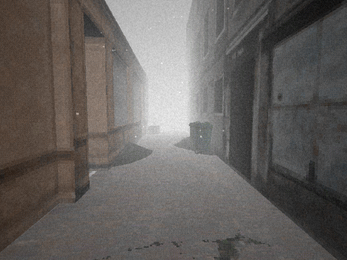 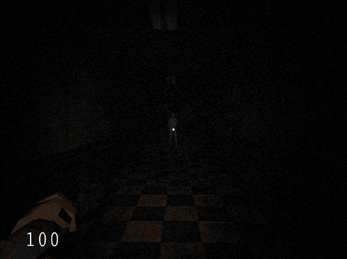 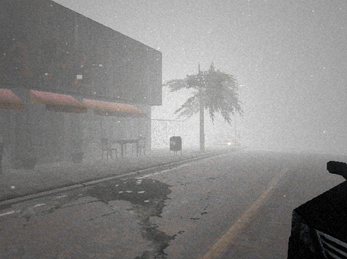 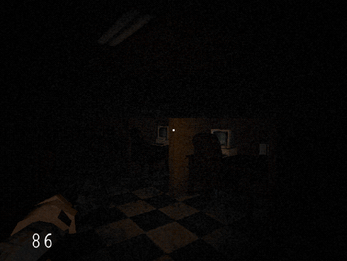 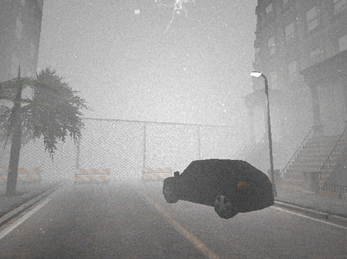 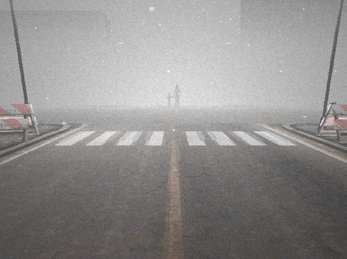